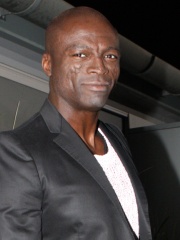 Henry Olusegun Adeola Samuel (born 19 February 1963), known professionally as Seal, is a British singer-songwriter. He has sold over 20 million records worldwide, with his first international hit song, "Crazy", released in 1991; his most celebrated song, "Kiss from a Rose", was released in 1994. Seal has won multiple awards throughout his career, including three Brit Awards; he won Best British Male in 1992, as well as four Grammy Awards and an MTV Video Music Award. Read more on Wikipedia

Since 2007, the English Wikipedia page of Seal has received more than 1,168,993 page views. His biography is available in 40 different languages on Wikipedia making him the 313th most popular singer.

Page views of Seals by language