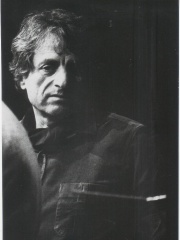 Giannis Klearchou Xenakis (also spelled for professional purposes as Yannis or Iannis Xenakis; Greek: Γιάννης "Ιάννης" Κλέαρχου Ξενάκης, pronounced [ˈʝanis kseˈnacis]; 29 May 1922 – 4 February 2001) was a Romanian-born Greek-French avant-garde composer, music theorist, architect, performance director and engineer. After 1947, he fled Greece, becoming a naturalised citizen of France eighteen years later. Xenakis pioneered the use of mathematical models in music such as applications of set theory, stochastic processes and game theory and was also an important influence on the development of electronic and computer music. Read more on Wikipedia

Iannis Xenakis is most famous for his use of mathematical models in his compositions. He was also a pioneer in the field of electronic music.

Among COMPOSERS In Romania