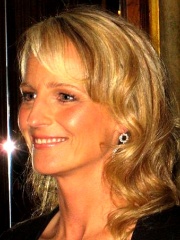 Helen Elizabeth Hunt (born June 15, 1963) is an American actress and filmmaker. She rose to fame portraying Jamie Buchman in the sitcom Mad About You (1992–1999, 2019), which earned her three Golden Globe Awards for Best Actress in a Television Series – Musical or Comedy and four Primetime Emmy Awards for Outstanding Lead Actress in a Comedy Series. Hunt won the Best Actress for starring as Carol Connelly in the romantic comedy As Good as It Gets (1997), while her portrayal of Cheryl Cohen-Greene in The Sessions (2012), gained her an additional Academy Award nomination for Best Supporting Actress. Read more on Wikipedia

Since 2007, the English Wikipedia page of Helen Hunt has received more than 8,737,288 page views. Her biography is available in 64 different languages on Wikipedia making her the 990th most popular actor.