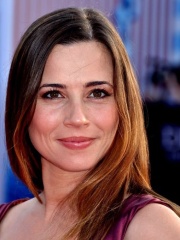 Linda Edna Cardellini (born June 25, 1975) is an American actress and voice actress. In television, she is known for her leading roles in the teen drama Freaks and Geeks (1999–2000), the medical drama ER (2003–09), the drama thriller Bloodline (2015–17), and the black tragicomedy Dead to Me (2019–present), the latter of which earned her a nomination for the Primetime Emmy Award for Outstanding Lead Actress in a Comedy Series. She also guest starred in the period drama Mad Men (2013–15), for which she received a Primetime Emmy Award nomination. Read more on Wikipedia

Since 2007, the English Wikipedia page of Linda Cardellini has received more than 14,265,265 page views. Her biography is available in 32 different languages on Wikipedia making her the 3,344th most popular actor.