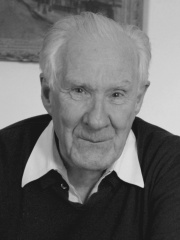 Alain Badiou (; French: [alɛ̃ badju] (listen) ; born 17 January 1937) is a French philosopher, formerly chair of Philosophy at the École normale supérieure (ENS) and founder of the faculty of Philosophy of the Université de Paris VIII with Gilles Deleuze, Michel Foucault and Jean-François Lyotard. Badiou has written about the concepts of being, truth, event and the subject in a way that, he claims, is neither postmodern nor simply a repetition of modernity. Badiou has been involved in a number of political organisations, and regularly comments on political events. Read more on Wikipedia

Alain Badiou is most famous for his theory of the event. He argues that an event is a rupture in the normal flow of history, which opens up a new situation.

Among philosophers, Alain Badiou ranks 275 out of 1,081. Before him are Andronicus of Rhodes, Julius Evola, Pherecydes of Syros, Paramahansa Yogananda, William Godwin, and Georges Sorel. After him are Raymond Aron, Alexander of Aphrodisias, G. E. Moore, Houston Stewart Chamberlain, Priscus, and Bruno Bauer.

Among PHILOSOPHERS In Morocco