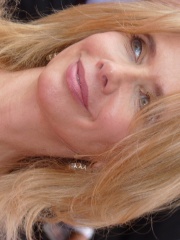 Rosanna Lisa Arquette ( roh-ZAN-ə ar-KET; born August 10, 1959) is an American actress, film director, and film producer. She was nominated for an Emmy Award for her performance in the TV film The Executioner's Song (1982), and won the BAFTA Award for Best Actress in a Supporting Role for the film Desperately Seeking Susan (1985). Her other film roles include After Hours (also 1985), The Big Blue (1988), Pulp Fiction (1994), and Crash (1996). Read more on Wikipedia

Since 2007, the English Wikipedia page of Rosanna Arquette has received more than 4,650,673 page views. Her biography is available in 49 different languages on Wikipedia making her the 1,133rd most popular actor.