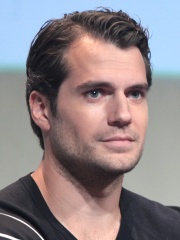 Henry Cavill (; born 5 May 1983) is an English actor. He is known for his portrayal of the DC Comics character Superman in the DC Extended Universe, Geralt of Rivia in the Netflix fantasy series The Witcher (2019–present), as well as Sherlock Holmes in the Netflix Original Enola Holmes (2020). Cavill began his career with roles in the feature adaptations of The Count of Monte Cristo (2002) and I Capture the Castle (2003). Read more on Wikipedia

Since 2007, the English Wikipedia page of Henry Cavill has received more than 21,391,933 page views. His biography is available in 58 different languages on Wikipedia making him the 1,631st most popular actor.

Among ACTORS In Jersey

Among actors born in Jersey, Henry Cavill ranks 1. After him are Lillie Langtry (1853).