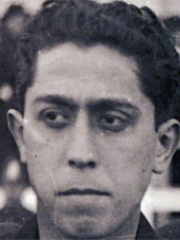 Paulino Alcántara Riestrá (7 October 1896 – 13 February 1964) was a Spanish Filipino football player and manager who played as a forward. He spent most of his playing career at FC Barcelona and also represented Catalonia, the Philippines and Spain.Alcántara made his debut for Barcelona at the age of 15 and remains the youngest player to play or score for the club. He scored 369 goals in 357 official and friendly matches for Barcelona, a club record that stood for 87 years. Read more on Wikipedia

Since 2007, the English Wikipedia page of Paulino Alcántara has received more than 265,537 page views. His biography is available in 36 different languages on Wikipedia making him the 67th most popular soccer player.