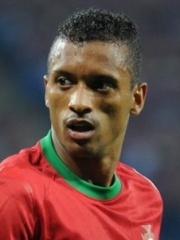 Luís Carlos Almeida da Cunha ComM (born 17 November 1986), commonly known as Nani (Portuguese pronunciation: [naˈni]), is a Portuguese professional footballer who plays as a winger and captain for Major League Soccer side Orlando City SC. He represented Portugal in international football and has played over 100 times for the senior national team. Nani was born in Amadora, Portugal, and is of Cape Verdean descent. He began his football career playing for local side Real Massamá. At the age of nine, he began training with Sporting CP and S.L. Read more on Wikipedia

Page views of Nanis by language