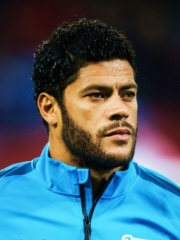 Givanildo Vieira de Sousa (born 25 July 1986), known as Hulk (Brazilian Portuguese: [ˈhuwki]), is a Brazilian professional footballer who plays as a forward for Atlético Mineiro and the Brazil national team. After starting out professionally with Vitória and then playing three years in Japan, he went on to play several seasons in Portugal with Porto, winning ten titles – including the 2010–11 UEFA Europa League and three national championships – and being crowned the league's top scorer once. In 2012, he joined Russian Premier League side Zenit Saint Petersburg for €60 million, winning all three domestic honours and being named the competition's best player and being top scorer, once each. Read more on Wikipedia

Page views of Hulks by language