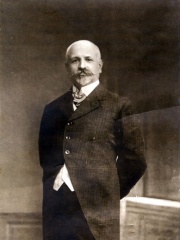 Francesc Ferrer i Guàrdia (Catalan pronunciation: [fɾənˈsɛsk fəˈre j ˈɣwaɾði.ə]; January 14, 1859 – October 13, 1909), widely known as Francisco Ferrer (Spanish pronunciation: [fɾanˈθisko feˈreɾ]), was a Spanish radical freethinker, anarchist, and educationist behind a network of secular, private, libertarian schools in and around Barcelona. His execution, following a revolt in Barcelona, propelled Ferrer into martyrdom and grew an international movement of radicals and libertarians, who established schools in his model and promoted his schooling approach. Ferrer was raised on a farm near Barcelona, where he developed republican and anti-clerical convictions. Read more on Wikipedia

Francisco Ferrer was a Spanish anarchist who was involved in the anarchist movement in Spain. He founded the Escuela Moderna, which was an educational institution that promoted libertarian ideas. He was executed by the Spanish government in 1909.

Among philosophers, Francisco Ferrer ranks 438 out of 1,081. Before him are Étienne Gilson, Damascius, Eudemus of Rhodes, Hunayn ibn Ishaq, Adolf von Harnack, and Hans Reichenbach. After him are Pavel Florensky, Arnobius, Ouyang Xiu, Michel Serres, P. D. Ouspensky, and Kapila.