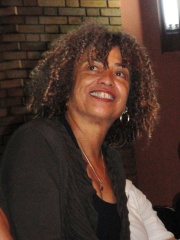 Angela Yvonne Davis (born January 26, 1944) is an American political activist, philosopher, academic, scholar, and author. She is a professor at the University of California, Santa Cruz. A feminist and a Marxist, Davis was a longtime member of the Communist Party USA (CPUSA) and is a founding member of the Committees of Correspondence for Democracy and Socialism (CCDS). She is the author of more than ten books on class, gender, race, and the U.S. Read more on Wikipedia

Angela Davis is most famous for her involvement in the Black Panther Party and the Communist Party, her activism, and her release from prison.