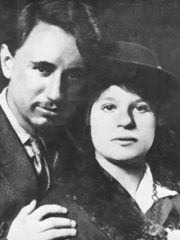 William James Durant (; November 5, 1885 – November 7, 1981) was an American writer, historian, and philosopher. He became best known for his work The Story of Civilization, 11 volumes written in collaboration with his wife, Ariel Durant, and published between 1935 and 1975. He was earlier noted for The Story of Philosophy (1926), described as "a groundbreaking work that helped to popularize philosophy".He conceived of philosophy as total perspective or seeing things sub specie totius (i.e. Read more on Wikipedia

Durant is most famous for being the first player to score 40 points in a game since Michael Jordan.

Page views of Will Durants by language

Among writers, Will Durant ranks 1,042 out of 5,794. Before him are Elsa Morante, Mercè Rodoreda, Andrei Bely, Cormac McCarthy, Savitribai Phule, and Hrotsvitha. After him are Fatema Mernissi, Tess Gerritsen, Arnold Zweig, Thietmar of Merseburg, Clément Marot, and Edith Wharton.