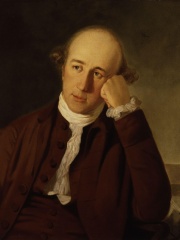 Warren Hastings (6 December 1732 – 22 August 1818) was a British colonial administrator, who served as the first Governor of the Presidency of Fort William (Bengal), the head of the Supreme Council of Bengal, and so the first Governor-General of Bengal in 1772–1785. He and Robert Clive are credited with laying the foundation of the British Empire in India. He was an energetic organizer and reformer. Read more on Wikipedia

Among politicians, Warren Hastings ranks 4,691 out of 15,577. Before him are Maximilien de Béthune, Duke of Sully, Leo I, King of Armenia, Treniota, Nariman Narimanov, Stefan Uroš I, and Muzio Attendolo Sforza. After him are Julius Paulus Prudentissimus, Charles II, Grand Duke of Mecklenburg-Strelitz, Fruela II of Asturias, François Bozizé, Sérgio Vieira de Mello, and Emperor Saga.