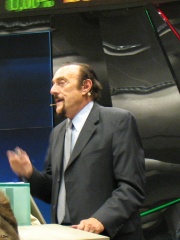 Philip George Zimbardo (; born March 23, 1933) is an American psychologist and a professor emeritus at Stanford University. He became known for his 1971 Stanford prison experiment, which was later severely criticised for both ethical and scientific reasons. He has authored various introductory psychology textbooks for college students, and other notable works, including The Lucifer Effect, The Time Paradox, and The Time Cure. Read more on Wikipedia

Philip Zimbardo is most famous for his Stanford Prison Experiment. In the experiment, Zimbardo set up a fake prison in the basement of the Stanford psychology department and assigned volunteers to be either guards or prisoners. The experiment was supposed to last two weeks, but it was terminated after six days because the guards became so abusive.