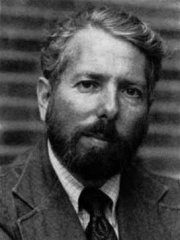 Stanley Milgram (August 15, 1933 – December 20, 1984) was an American social psychologist, best known for his controversial experiments on obedience conducted in the 1960s during his professorship at Yale.Milgram was influenced by the events of the Holocaust, especially the trial of Adolf Eichmann, in developing the experiment. After earning a PhD in social psychology from Harvard University, he taught at Yale, Harvard, and then for most of his career as a professor at the City University of New York Graduate Center, until his death in 1984. Milgram gained notoriety for his obedience experiment conducted in the basement of Linsly-Chittenden Hall at Yale University in 1961, three months after the start of the trial of German Nazi war criminal Adolf Eichmann in Jerusalem. Read more on Wikipedia

Stanley Milgram was a psychologist who conducted the Milgram experiment in 1961. The experiment was designed to test how much people would obey an authority figure, even if they were told to do something that conflicted with their morals.