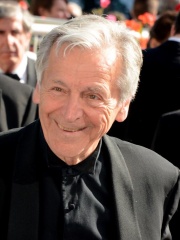 Costa-Gavras (short for Konstantinos Gavras; Greek: Κωνσταντίνος Γαβράς; born 12 February 1933) is a Greek-French film director, screenwriter and producer who lives and works in France. He is known for films with political and social themes, such as the political thrillers, Z (1969), for which he won an Academy Award for Best Foreign Language Film, and Missing (1982), for which he won Palme d'Or and an Academy Award for Best Adapted Screenplay. Read more on Wikipedia

Since 2007, the English Wikipedia page of Costa-Gavras has received more than 499,751 page views. His biography is available in 46 different languages on Wikipedia (up from 43 in 2019). Costa-Gavras is the 78th most popular film director (down from 69th in 2019), the 131st most popular biography from Greece (up from 132nd in 2019) and the 2nd most popular Greek Film Director.

Page views of Costa-Gavras by language

Among film directors, Costa-Gavras ranks 78 out of 1,580. Before him are George A. Romero, Ernst Lubitsch, Howard Hawks, Takeshi Kitano, Stephen Hillenburg, and Dario Argento. After him are Richard Attenborough, Dziga Vertov, William Hanna, Jean-Jacques Annaud, Sergei Parajanov, and David Lean.

Among FILM DIRECTORS In Greece