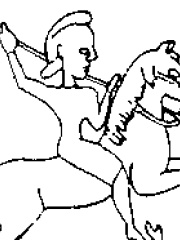 Cyrus I (Old Persian: Kuruš) or Cyrus I of Anshan or Cyrus I of Persia, was King of Anshan in Persia from c. 600 to 580 BC or, according to others, from c. 652 to 600 BC. Cyrus I of Anshan is the grandfather of Cyrus the Great, also known as Cyrus II. His name in Modern Persian is کوروش, Kurosh, while in Greek he was called Κῦρος, Kȳros. Cyrus was an early member of the Achaemenid dynasty. He was apparently a grandson of its founder Achaemenes and son of Teispes, king of Anshan. Read more on Wikipedia

Cyrus the Great is most famous for his conquests in the Persian Empire. Cyrus conquered the Median Empire, the Lydian Empire, and the Neo-Babylonian Empire.

Page views of Cyrus IS by language

Among politicians, Cyrus I ranks 1,239 out of 15,710. Before him are Paul Bocuse, Dmitry Medvedev, Carus, Masinissa, Marie François Sadi Carnot, and Khalifa bin Zayed Al Nahyan. After him are Bolesław I the Brave, János Kádár, Anthemius, Xerxes II of Persia, Chulalongkorn, and James Buchanan.

Others Deceased in 580 BC