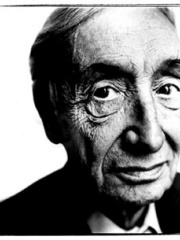 Sir Alfred Jules "Freddie" Ayer (; 29 October 1910 – 27 June 1989), usually cited as A. J. Ayer, was an English philosopher known for his promotion of logical positivism, particularly in his books Language, Truth, and Logic (1936) and The Problem of Knowledge (1956). He was educated at Eton College and the University of Oxford, after which he studied the philosophy of logical positivism at the University of Vienna. From 1933 to 1940 he lectured on philosophy at Christ Church, Oxford.During the Second World War Ayer was a Special Operations Executive and MI6 agent.He was Grote Professor of the Philosophy of Mind and Logic at University College London from 1946 until 1959, after which he returned to Oxford to become Wykeham Professor of Logic at New College. Read more on Wikipedia

Page views of A. J. Ayers by language

Among philosophers, A. J. Ayer ranks 508 out of 1,081. Before him are Theodorus the Atheist, Kenneth Waltz, Thomas Nagel, Axel Honneth, Tom Regan, and Bion of Borysthenes. After him are Hasdai Crescas, Murray Bookchin, Hans Vaihinger, Zeno of Sidon, Harriet Taylor Mill, and Victor Cousin.