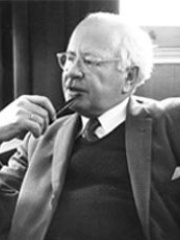 William Lawrence Shirer (; February 23, 1904 – December 28, 1993) was an American journalist and war correspondent. He wrote The Rise and Fall of the Third Reich, a history of Nazi Germany that has been read by many and cited in scholarly works for more than 50 years. Originally a foreign correspondent for the Chicago Tribune and the International News Service, Shirer was the first reporter hired by Edward R. Murrow for what became a CBS radio team of journalists known as "Murrow's Boys". Read more on Wikipedia

Among writers, William L. Shirer ranks 2,720 out of 5,794. Before him are Charles-Louis Philippe, Charles-Louis Havas, Ōtomo no Yakamochi, Caspar Barlaeus, Adam Zagajewski, and Ernst Wiechert. After him are Petar Preradović, May Ziade, Ibn Zaydún, Jon Fosse, Maksym Rylsky, and Ford Madox Ford.