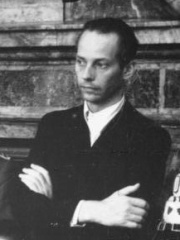 Peter Graf Yorck von Wartenburg (13 November 1904 – 8 August 1944) was a German jurist and a member of the German Resistance against Nazism. He studied law and politics in Bonn and Breslau from 1923 to 1926, gaining his doctorate in Breslau in 1927 and passing the civil service entrance examination for lawyers in Berlin in 1930. Read more on Wikipedia

Since 2007, the English Wikipedia page of Peter Yorck von Wartenburg has received more than 51,240 page views. His biography is available in 15 different languages on Wikipedia making him the 29th most popular lawyer.