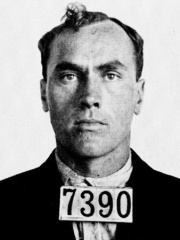 Charles “Carl” Panzram (June 28, 1891 – September 5, 1930) was an American serial killer, rapist, arsonist, robber, and burglar. In prison confessions and his autobiography, he claimed to have committed 22 murders, most of which could not be corroborated, and over 1000 acts of sodomy of boys and men. Read more on Wikipedia

Since 2007, the English Wikipedia page of Carl Panzram has received more than 2,033,169 page views. His biography is available in 15 different languages on Wikipedia making him the 105th most popular extremist.