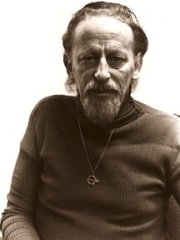 Theodore Sturgeon (; born Edward Hamilton Waldo, February 26, 1918 – May 8, 1985) was an American fiction author of primarily fantasy, science fiction and horror, as well as a critic. He wrote approximately 400 reviews and more than 120 short stories, 11 novels and several Star Trek scripts.Sturgeon's science fiction novel More Than Human (1953) won the 1954 International Fantasy Award (for SF and fantasy) as the year's best novel and the Science Fiction Writers of America ranked "Baby is Three" number five among the "Greatest Science Fiction Novellas of All Time" to 1964. Read more on Wikipedia

Since 2007, the English Wikipedia page of Theodore Sturgeon has received more than 343,190 page views. His biography is available in 32 different languages on Wikipedia making him the 1,854th most popular writer.