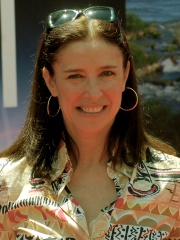 Miriam "Mimi" Rogers (née Spickler; born January 27, 1956) is an American film and television actress, producer, and former professional poker player. Her notable film roles include Gung Ho (1986), Someone to Watch Over Me (1987), and Desperate Hours (1990). She garnered the greatest acclaim of her career for her role in the religious drama The Rapture (1991), with critic Robin Wood declaring that she "gave one of the greatest performances in the history of the Hollywood cinema." Rogers has since appeared in Reflections on a Crime (1994), The Mirror Has Two Faces (1996), Austin Powers: International Man of Mystery (1997), Lost in Space (1998), Ginger Snaps (2000), The Door in the Floor (2004), and For a Good Time, Call... Read more on Wikipedia

Since 2007, the English Wikipedia page of Mimi Rogers has received more than 7,542,572 page views. Her biography is available in 27 different languages on Wikipedia making her the 1,784th most popular actor.

Among actors, Mimi Rogers ranks 1,770 out of 8,832. Before her are Mikhail Ulyanov, Walter Gotell, Kinuyo Tanaka, Cicely Tyson, Christian Slater, and Laura Linney. After her are Alyssa Milano, Charles Grodin, Stanley Kamel, Per Oscarsson, Diane Ladd, and Ben Turpin.