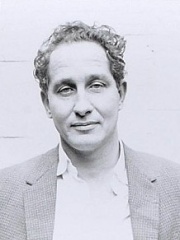 Ronald Arthur Biggs (8 August 1929 – 18 December 2013) was one of the men who planned and carried out the Great Train Robbery of 1963. He subsequently became notorious for his escape from prison in 1965, living as a fugitive for 36 years, and for his various publicity stunts while in exile. In 2001, he returned to the United Kingdom and spent several years in prison, where his health rapidly declined. Read more on Wikipedia

Since 2007, the English Wikipedia page of Ronnie Biggs has received more than 1,196,242 page views. His biography is available in 20 different languages on Wikipedia making him the 386th most popular singer.

Among singers, Ronnie Biggs ranks 387 out of 3,001. Before him are Agnes Baltsa, Raina Kabaivanska, Rod Evans, Bill Withers, Iva Zanicchi, and Ahmet Kaya. After him are Lepa Brena, Sacha Distel, Rubén Blades, Malcolm McLaren, R. Kelly, and Eddie the Eagle.