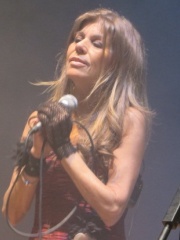 Janette Anne Dimech (born 10 October 1951), known professionally as Jeanette, is a Spanish singer. She first rose to prominence as the lead singer of Pic-Nic, a teenage folk-pop band that topped the charts in 1968 with her song "Cállate, niña". Read more on Wikipedia

Since 2007, the English Wikipedia page of Jeanette has received more than 57,718 page views. Her biography is available in 19 different languages on Wikipedia (up from 17 in 2019). Jeanette is the 537th most popular singer (down from 528th in 2019), the 1,888th most popular biography from United Kingdom and the 62nd most popular British Singer.

Page views of Jeanettes by language

Among singers, Jeanette ranks 537 out of 3,541. Before her are Halsey, Julian Lennon, Maria Bethânia, Kevin Federline, Grethe Ingmann, and Rita Marley. After her are LP, Lola Novaković, Montserrat Figueras, Jennifer Rush, Graham Bonnet, and Patsy Cline.