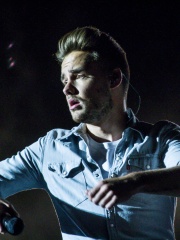 Liam James Payne (born 29 August 1993) is an English singer-songwriter. He rose to fame as a member of the boy band One Direction. Payne made his debut as a singer when he auditioned for the British television series X-Factor in 2008. Read more on Wikipedia

Since 2007, the English Wikipedia page of Liam Payne has received more than 9,403,323 page views. His biography is available in 37 different languages on Wikipedia making him the 777th most popular singer.

Among singers, Liam Payne ranks 780 out of 3,001. Before him are G-Dragon, Renaud, Lil Pump, Marilyn Horne, Peter Pears, and Kayahan. After him are Eva Nansen, Ice MC, Nora Brockstedt, Suge Knight, Davorin Popović, and Helen Kane.