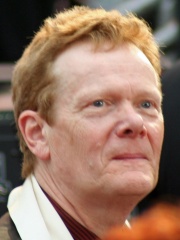 Philippe Petit (French pronunciation: ​[filip pəti]; born 13 August 1949) is a French high-wire artist who gained fame for his unauthorized high-wire walks between the towers of Notre Dame Cathedral in Paris in 1971 and of Sydney Harbour Bridge in 1973, as well as between the Twin Towers of the World Trade Center in New York City on the morning of 7 August 1974. For his unauthorized feat 400 metres (1,312 feet) above the ground – which he referred to as "le coup" – he rigged a 200-kilogram (440-pound) cable and used a custom-made 8-metre (30-foot) long, 25-kilogram (55-pound) balancing pole. Read more on Wikipedia

Philippe Petit is most famous for walking on a wire between the Twin Towers of the World Trade Center in 1974.

Among CELEBRITIES In France