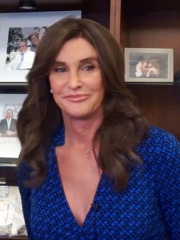 Caitlyn Jenner is most famous for being a former Olympic athlete and reality TV star.

Reuters
Caitlyn Jenner says she opposes trans girls in female school sports - Reuters
Caitlyn Jenner, a former Olympic gold medal winner and transgender activist, said on Sunday she did not support trans girls competing in female school sports as world sporting bodies debate whether trans women hold an unfair advantage.
Lin Taylor
BBC News
Caitlyn Jenner opposes trans girls in women's sports as unfair
The former Olympic athlete, who came out as a trans woman in 2015, is running for California governor.
https://www.facebook.com/bbcnews
Deadspin
I don’t remember asking Caitlyn Jenner anything
I turned to a friend the other night and asked, “Doesn’t California have a recall election every other month?” The truth is that this is only the second gubernatorial recall effort to proceed, though they’ve had lower office ones as well. What I hadn’t rememb…
Sam Fels
Vice News
If You're a Caitlyn Jenner Voter, Please Call Me Because I Have Questions
Who, exactly, is Jenner’s constituency supposed to be?
Carter Sherman, Michael Learmonth