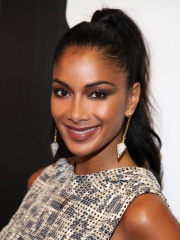 Nicole Scherzinger (; born Nicole Prescovia Elikolani Valiente; June 29, 1978) is an American singer, songwriter, dancer, and television personality. Born in Honolulu, Hawaii, and raised in Louisville, Kentucky, Scherzinger initially performed in high school at the Youth Performing Arts School and studied at Wright State University, before dropping out to pursue a musical career. She went on to tour alongside American rock band Days of the New and helped with the recording of their Green Album. Read more on Wikipedia

Since 2007, the English Wikipedia page of Nicole Scherzinger has received more than 15,369,726 page views. Her biography is available in 61 different languages on Wikipedia making her the 601st most popular singer.