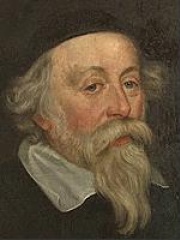 John Casimir, Count Palatine of Zweibrücken-Kleeburg (20 April 1589, Zweibrücken – 18 June 1652, Stegeborg Castle) was the son of John I, Count Palatine of Zweibrücken and his wife, Duchess Magdalene of Jülich-Cleves-Berg and was the founder of a branch of Wittelsbach Counts Palatine often called the Swedish line, because it gave rise to three subsequent kings of Sweden, but more commonly known as the Kleeburg (or Cleebourg) line.In 1591 his father stipulated that, as the youngest son, John Casimir would receive as appanage the countship of Neukastell in the Palatinate. Read more on Wikipedia

Among noblemen, John Casimir, Count Palatine of Kleeburg ranks 290 out of 843. Before him are Christian Albert, Duke of Holstein-Gottorp, Prince Yasuhiko Asaka, Anne Geneviève de Bourbon, Duchess Helene of Mecklenburg-Schwerin, Gaston IV, Count of Foix, and Robert II, Count of Artois. After him are Ernest Augustus, Crown Prince of Hanover, Maximilian, Duke of Hohenberg, Prince Michael of Kent, Gioffre Borgia, Grand Duchess Kira Kirillovna of Russia, and Philibert I, Duke of Savoy.

Among noblemen born in Germany, John Casimir, Count Palatine of Kleeburg ranks 41. Before him are Duchess Sophia Frederica of Mecklenburg-Schwerin (1758), George, Duke of Saxony (1471), Frederick II Eugene, Duke of Württemberg (1732), Princess Sophie of Saxony (1845), Christian Albert, Duke of Holstein-Gottorp (1641), and Duchess Helene of Mecklenburg-Schwerin (1814). After him are Ernest Augustus, Crown Prince of Hanover (1845), Duke Maximilian Emanuel in Bavaria (1849), Albrecht, Duke of Bavaria (1905), Princess Louise Margaret of Prussia (1860), Frederica of Mecklenburg-Strelitz (1778), and Johann II, Duke of Saxe-Weimar (1570).