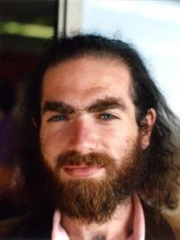 Grigori Yakovlevich Perelman (Russian: Григорий Яковлевич Перельман, IPA: [ɡrʲɪˈɡorʲɪj ˈjakəvlʲɪvʲɪtɕ pʲɪrʲɪlʲˈman] (listen); born 13 June 1966) is a Russian mathematician who is known for his contributions to the fields of geometric analysis, Riemannian geometry, and geometric topology. In the 1990s, partly in collaboration with Yuri Burago, Mikhael Gromov, and Anton Petrunin, he made influential contributions to the study of Alexandrov spaces. In 1994, he proved the soul conjecture in Riemannian geometry, which had been an open problem for the previous 20 years. Read more on Wikipedia

Since 2007, the English Wikipedia page of Grigori Perelman has received more than 2,266,726 page views. His biography is available in 60 different languages on Wikipedia making him the 196th most popular mathematician.

Among MATHEMATICIANS In Russia