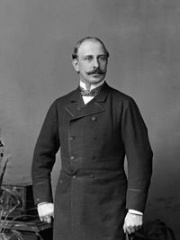 Francis, Duke of Teck GCB GCVO (Francis Paul Charles Louis Alexander; 28 August 1837 – 21 January 1900), known as Count Francis von Hohenstein until 1863, was an Austrian-born nobleman who married into the British royal family. He was the father of Queen Mary, and thus a great-grandfather of the current British monarch, Queen Elizabeth II. Francis held the Austrian title of Count of Hohenstein (Graf von Hohenstein), and the German titles of Prince (Fürst) and later Duke of Teck (Herzog von Teck), and was given the style of Serene Highness in 1863. Read more on Wikipedia

Since 2007, the English Wikipedia page of Francis, Duke of Teck has received more than 545,568 page views. His biography is available in 19 different languages on Wikipedia making him the 5,413th most popular politician.

Page views of Francis, Duke of Tecks by language

Among politicians, Francis, Duke of Teck ranks 5,380 out of 14,801. Before him are Beatrice of Provence, Minoru Genda, William I, Duke of Bavaria, Herod II, Stanislav Kosior, and Ramiro III of León. After him are Curtis LeMay, Athanagild, Theodemir, Noboru Takeshita, Liuva II, and Alexander I of Moldavia.