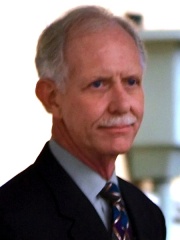 Chesley Burnett "Sully" Sullenberger III (born January 23, 1951) is an American diplomat and retired airline pilot best known for his heroism as captain of US Airways Flight 1549 that he ditched in the Hudson River in 2009 after both engines were disabled by a bird strike. All 155 people aboard survived. He has served as the U.S. ambassador to the International Civil Aviation Organization (ICAO) since February 2022. Read more on Wikipedia

Chesley Sullenberger is most famous for being the pilot of US Airways Flight 1549 that was forced to land in the Hudson River on January 15, 2009.

Most Popular Pilots in Wikipedia

Among PILOTS In United States