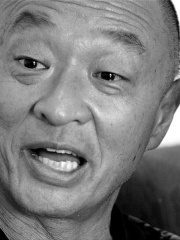 Cary-Hiroyuki Tagawa (Japanese: 田川 洋行, Tagawa Hiroyuki; born September 27, 1950) is an actor, film producer and martial artist of Japanese ethnicity and citizenship of the United States and Russia. His roles have included the eunuch Chang in The Last Emperor, Earth Alliance security officer Morishi in Babylon 5 ("Convictions"), the voice of Sin Tzu for the video game Batman: Rise of Sin Tzu, and the evil mastermind Heihachi Mishima in the film adaptation of Tekken. He portrays Nobusuke Tagomi in The Man in the High Castle, the Amazon original series adaptation of the novel by Philip K. Read more on Wikipedia