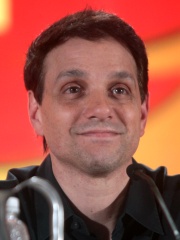 GeekTyrant
Ralph Macchio Reveals COBRA KAI's Back-Up Plan If a Specific Actor Had Not Signed On
By now I am sure that you have either watched Season 3 of Cobra Kai or heard the news of each of the characters that they brought back, but if not, here’s your warning that we are talking about such things in this article. This season saw the return of the be…
Jessica Fisher
menshealth.com
Cobra Kai Star Ralph Macchio Is Still the Karate Kid at Age 59
The actor talks Season 3 of 'Cobra Kai,' and how making the show feels like one big high school reunion.
Philip Ellis
Livejournal.com
The View: Lil Nas X, Ralph Macchio, William Zabka, Hot Topics
Panel is Whoopi, Joy, Sunny, Sara, Meghanhttps://www.youtube.com/watch?v=yPyYFqJFwEQMore behind the cut Hot Topic Hot Topic #Impeachapalooza 2: The Coup d'état™https://www.youtube.com/watch?v=727BHj03CnkFirst segmentCongress should be punished for supporting …
carolinalily
Stuff.co.nz
Ralph Macchio was 'frozen in time' as the Karate Kid. Then came Cobra Kai
The 1980s heartthrob chuckles as he reflects on the success of the spin-off series. “The low expectations did not hurt, did not hurt,” he says.
LOUISE RUGENDYKE