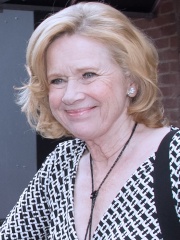 Liv Johanne Ullmann (born 16 December 1938) is a Norwegian actress and film director. Recognised as one of the greatest European actresses, Ullmann is known for her numerous acclaimed collaborations with filmmaker Ingmar Bergman.Ullmann won a Golden Globe Award for Best Actress – Motion Picture Drama in 1972 for the film The Emigrants (1971), and has been nominated for another four. In 2000, she was nominated for the Palme d'Or for her second directorial feature film, Faithless. Read more on Wikipedia

Since 2007, the English Wikipedia page of Liv Ullmann has received more than 1,393,815 page views. Her biography is available in 53 different languages on Wikipedia making her the 227th most popular actor.