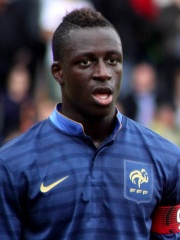 Benjamin Mendy (French pronunciation: ​[bɛ̃ʒamɛ̃ mɛndi]; born 17 July 1994) is a French professional footballer who plays as a left back for Premier League club Manchester City and the French national team. After coming through Le Havre's youth academy, Mendy began his playing career with the club's reserve side in 2010, eventually being promoted to the first team a year later. He remained with the club until 2013, when he joined Ligue 1 side Marseille. Read more on Wikipedia

Since 2007, the English Wikipedia page of Benjamin Mendy has received more than 1,930,236 page views. His biography is available in 40 different languages on Wikipedia making him the 2,462nd most popular soccer player.