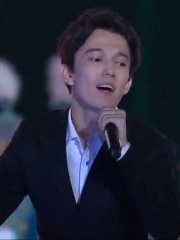 Dinmukhammed Kanatuly Kudaibergen (Kazakh: Дінмұхаммед Қанатұлы Құдайберген, Dınmūhammed Qanatūly Qūdaibergen), born 24 May 1994, known professionally as Dimash Kudaibergen, is a Kazakh singer, songwriter, and multi-instrumentalist. He is university-trained in classical as well as contemporary music, and is known for his exceptionally wide vocal range. He has performed songs in thirteen languages.Although offered a position at the Astana Opera, he decided to carve out his career in contemporary music, mixing classical elements and traditional Kazakh music with pop music.He gained significant popularity in Kazakhstan and other post-Soviet countries in 2015 upon becoming the Grand Prix winner of Slavianski Bazaar in Vitebsk, Belarus. Read more on Wikipedia

Among SINGERS In Kazakhstan