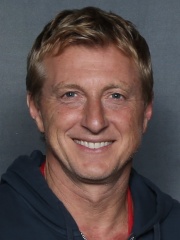 William Michael Zabka (born October 20, 1965), also known as Billy Zabka, is an American actor, martial artist, screenwriter, director and producer. He is best known for his roles in several iconic 1980s films, such as his role as Johnny Lawrence in The Karate Kid (1984) and The Karate Kid Part II (1986), and the spin-off TV series Cobra Kai (2018–present). Read more on Wikipedia

Since 2007, the English Wikipedia page of William Zabka has received more than 3,423,130 page views. His biography is available in 16 different languages on Wikipedia making him the 4,448th most popular actor.