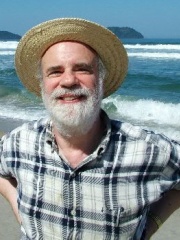 Saul Aaron Kripke (; November 13, 1940 – September 15, 2022) was an American philosopher and logician in the analytic tradition. He was a Distinguished Professor of Philosophy at the Graduate Center of the City University of New York and emeritus professor at Princeton University. Since the 1960s, Kripke has been a central figure in a number of fields related to mathematical logic, modal logic, philosophy of language, philosophy of mathematics, metaphysics, epistemology, and recursion theory. Read more on Wikipedia

Among philosophers, Saul Kripke ranks 523 out of 1,081. Before him are André Gorz, Gaius Musonius Rufus, Zou Yan, Karl Korsch, Guillaume Budé, and Antony Flew. After him are Carl Stumpf, Arthur Danto, Gorakhnath, Giovanni Girolamo Saccheri, Hegesias of Cyrene, and Huiyuan.