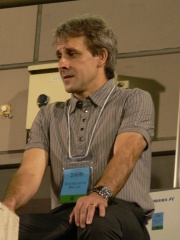 Pierre Michael Littbarski (German pronunciation: [ˈpi̯ɛʁ lɪtˈbaʁskiː]; born 16 April 1960) is a German football manager and former footballer with 1. FC Köln and the West German national team. He was mainly used as an attacking midfielder or winger and was best known for his brilliant dribbling abilities. Read more on Wikipedia

Since 2007, the English Wikipedia page of Pierre Littbarski has received more than 208,542 page views. His biography is available in 50 different languages on Wikipedia making him the 83rd most popular coach.