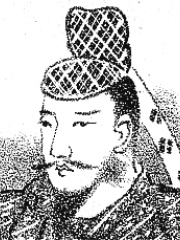 Emperor Seinei (清寧天皇, Seinei-tennō) was the 22nd Emperor of Japan, according to the traditional order of succession.No firm dates can be assigned to this Emperor's life or reign, but he is conventionally considered to have reigned from 480 to 484. Read more on Wikipedia

Since 2007, the English Wikipedia page of Emperor Seinei has received more than 130,744 page views. His biography is available in 29 different languages on Wikipedia making him the 3,971st most popular politician.

Among politicians, Emperor Seinei ranks 3,949 out of 14,801. Before him are Peter Minuit, Crocodile, Rafael del Riego, Oleg Penkovsky, Grand Duchess Elena Pavlovna of Russia, and Princess Louise of Saxe-Gotha-Altenburg. After him are Archduchess Barbara of Austria, Paolo Lucio Anafesto, Duncan I of Scotland, Emperor Zhezong, Gnassingbé Eyadéma, and Constantine Bodin.