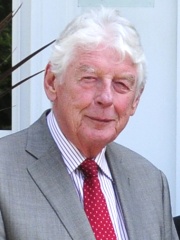 Willem "Wim" Kok (Dutch pronunciation: [ˈʋɪm ˈkɔk] (listen); 29 September 1938 – 20 October 2018) was a Dutch politician of the Labour Party (PvdA) and trade union leader who served as Prime Minister of the Netherlands from 22 August 1994 until 22 July 2002.Kok studied business administration at the Nyenrode Business School obtaining a Bachelor of Business Administration degree and worked as a trade union leader for the Trade Unions Association from 1961 until 1976 and serving as chairman from 1972. In 1976 it merged to form the Federation of Dutch Trade Unions, with Kok serving as its first chairman until 1986. After the election of 1986, Kok was elected as a Member of the House of Representatives, taking office on 3 June 1986. Read more on Wikipedia

Among politicians, Wim Kok ranks 3,649 out of 15,710. Before him are Guy Verhofstadt, Mokjong of Goryeo, Gia Long, Frank B. Kellogg, Sviatopolk II of Kiev, and Abbas III. After him are Emilio Aguinaldo, Sancho VII of Navarre, Demetrius II Aetolicus, Pepin the Hunchback, Hormizd II, and Vladimir Voronin.