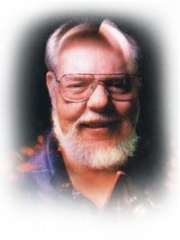 David Lance Arneson (; October 1, 1947 – April 7, 2009) was an American game designer best known for co-developing the first published role-playing game (RPG), Dungeons & Dragons, with Gary Gygax, in the early 1970s. Arneson's early work was fundamental to the development of the genre, developing the concept of the RPG using devices now considered to be archetypical, such as adventuring in "dungeons" and using a neutral judge who doubles as the voice and consciousness of all characters aside from the player characters to develop the storyline.Arneson discovered wargaming as a teenager in the 1960s, and began combining these games with the concept of role-playing. He was a University of Minnesota student when he met Gygax at the Gen Con gaming convention in the late 1960s. Read more on Wikipedia