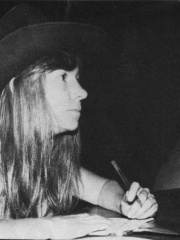 Roberta Williams (born February 16, 1953) is an American video game designer, writer, and a co-founder of Sierra On-Line (later known as Sierra Entertainment), who developed her first game while living in Simi Valley, California. She is most famous for her work in the field of graphic adventure games with titles such as Mystery House, the King's Quest series, and Phantasmagoria. She is married to Ken Williams and retired in 1999. Read more on Wikipedia

Since 2007, the English Wikipedia page of Roberta Williams has received more than 383,032 page views. Her biography is available in 19 different languages on Wikipedia making her the 27th most popular game designer.