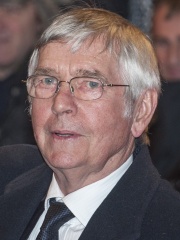 Sir Thomas Daniel Courtenay (; born 25 February 1937) is an English actor. After studying at the Royal Academy of Dramatic Art, Courtenay achieved prominence in the 1960s with a series of acclaimed film roles, including The Loneliness of the Long Distance Runner (1962)⁠, for which he received the BAFTA Award for Most Promising Newcomer to Leading Film Roles⁠, and Doctor Zhivago (1965), for which he received an Academy Award nomination for Best Supporting Actor. Other notable film roles during this period include Billy Liar (1963), King and Country (1964), for which he was awarded the Volpi Cup for Best Actor at the Venice Film Festival, King Rat (1965), and The Night of the Generals (1967). Read more on Wikipedia