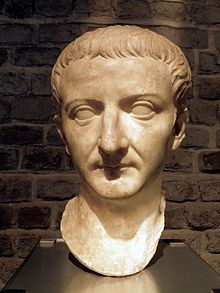 Tiberius Julius Caesar Augustus (; 16 November 42 BC – 16 March AD 37) was the second Roman emperor. He reigned from AD 14 until 37, succeeding his stepfather, the first Roman emperor Augustus. Tiberius was born in Rome in 42 BC. His father was the politician Tiberius Claudius Nero and his mother was Livia Drusilla, who would eventually divorce his father, and marry the future-emperor Augustus in 38 BC. Following the untimely deaths of Augustus' two grandsons and adopted heirs, Gaius and Lucius Caesar, Tiberius was designated Augustus' successor. Read more on Wikipedia

Tiberius is most famous for being the second Roman emperor. He was born in 42 BC and died in 37 AD. His reign lasted from 14 AD to 37 AD.

Page views of Tiberiuses by language

Among politicians, Tiberius ranks 115 out of 15,577. Before him are Isabella I of Castile, Yasser Arafat, Pepin the Short, Louis XIII of France, Philip II of Macedon, and Hatshepsut. After him are Clovis I, Diocletian, Cyrus the Great, Mustafa I, Murad I, and Bayezid I.

Others Born in 42 BC