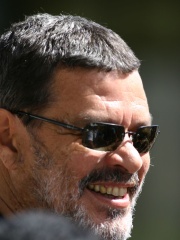 Sócrates Brasileiro Sampaio de Souza Vieira de Oliveira, MD (19 February 1954 – 4 December 2011), simply known as Sócrates, was a Brazilian footballer who played as an attacking midfielder. His medical degree and his political awareness, combined with style and quality of his play, earned him the nickname "Doctor Socrates". Easily recognizable for his beard and headband, Sócrates became the "symbol of cool for a whole generation of football supporters". Read more on Wikipedia

Since 2007, the English Wikipedia page of Sócrates has received more than 951,623 page views. His biography is available in 56 different languages on Wikipedia making him the 26th most popular soccer player.

Page views of Sócrates by language