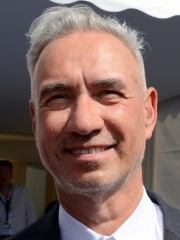 Roland Emmerich (German: [ˈʁoːlant ˈɛməʁɪç] (listen); born 10 November 1955) is a German film director, screenwriter, and producer. He is widely known for his science fiction and disaster films and has been called a "master of disaster" within the industry. His films, most of which are English-language Hollywood productions, have made more than $3 billion worldwide, including just over $1 billion in the United States, making him the country's 15th-highest-grossing director of all time. Read more on Wikipedia

Roland Emmerich is most famous for directing and producing a number of blockbuster films including Independence Day, Godzilla, and The Day After Tomorrow.